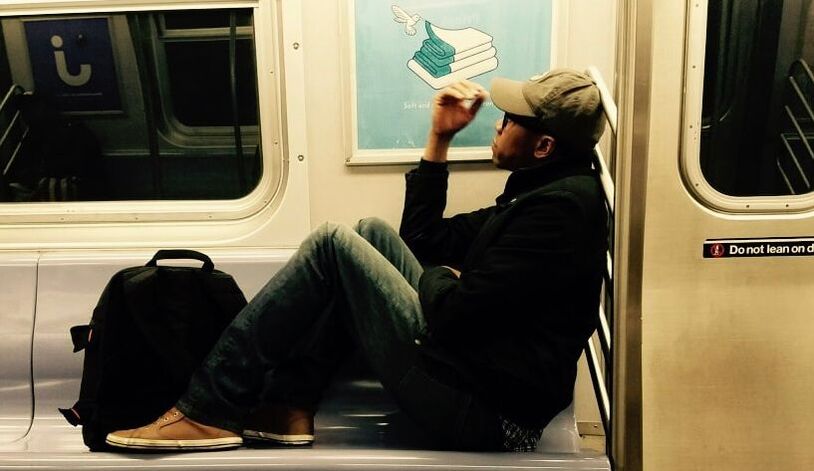 Production Description:
​A bi-monthly play reading series that benefits a different charity each month. In this series, a different New York actor is selected to be “the Player” every two months and that actor chooses everything: the play, the role, the ensemble, and the charity.​

Inaugural New York Actor Series Reading:
Sunday, May 23, 2021 at 7:00pm
Player: Brian Demar Jones
Play: Hamlet by William Shakespeare
​Charity: Trans Lifeline
​All proceeds go towards the Player's charity of choice.
Suggested donation for entry is $15.
​Additional donations for the charity can be contributed at: https://translifeline.org/ 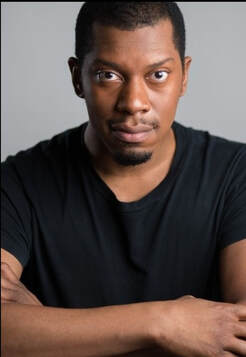 *Denotes a member of Actors' Equity.


About Brian (in his own words):
"I am from Upstate, NY originally but moved out West for graduate school and just stayed for about 10 years living in Seattle, Portland, and Idaho. I had such a wonderful time in the Pacific Northwest expanding my artistic palette. I taught, directed, produced, and continued to act. I have worked all over as an actor, including at the Oregon Shakespeare Festival, Village Theatre, 5th Avenue, Kansas City Rep, and the Portland Playhouse in Oregon. I am an avid tennis player and I am pretty good, if I don’t say so myself. I listen to way too much Musical Theater, mostly Sondheim because he’s literally the Shakespeare of musicals, and jazz. I am inspired by anything that isn’t considered “normal”. I am inspired by the way humans interact with their world and each other. I am inspired by children and how they play, but not sure if I would ever want them.

​Among the roles I have played that have had the greatest impact on my life are Elegba in The Brothers Size (which I played twice about 8 or 9 years apart), Darcy in Kate Hamill’s Pride and Prejudice, and Yastreb in Snowstorm. They have each moved me along through different stages of my journey as an artist. Elegba showed me that magic and power are within me but only once I get out of my own way. Darcy taught me how to accept myself… all of myself. Finally, Snowstorm showed that creating a piece with like-minded people can create an unspoken bond that can last a lifetime.
People often ask what I would do if I wasn’t an artist, and I always say anything else; anything else that would make me a crap ton of money so all I’d have to do with the rest of my life would be to create, share, and teach.
My wish is to change the way people see race, gender, and sexuality. I wish to be human and to be celebrated for all the unique ways I can exist. And I want that for you, too."

Amy Gaither Hayes – Producer/Gertrude:
Amy Gaither Hayes is a NYC-based actor and vocalist and has worked on stage, film, television, and in the studio all over the country.  She is the Artistic Director of Duende Productions and producer of the New York Actor Series.  She was most recently seen on CBS’ "Bull." She is a published poet and splits her time between NYC and Vermont and is happiest in her garden.

Jac Archer - Leartes:
​Jac Archer (they/them) is excited to take on the role of Leartes. They've previously taken on the roles of Steele in Piece of My Heart, a witch in Macbeth, and Delia in Bedroom Farce. After taking a break from theatre, Jac is grateful to return to live performance in a new and creative distance medium.

Jo Cutrona – Ophelia:
Jo is a New York City-based actor whose 10+ years of experience includes study at Shakespeare & Company (Lenox, MA), the Accademia dell'Arte (Arezzo, Italy), Circle in the Square Theater School, and Muhlenberg College, where they received a BA in Theater. They have starred in short films, and have performed at the Edinburgh Fringe Festival and Wellfleet Harbors Actors Theater.

Wren Mitchell – Rosencrantz/Barnardo/Player Queen:
Wren is a New York transplant, originally hailing from the West Coast. They've worked with Speakeasy Dollhouse in NYC on Minky Woodcock: The Girl Who Handcuffed Houdini, and The Illuminati Ball. Favorite Portland credits include Grey Gold: A New Myth of Persephone and Hades, Richard III, and Br'er Rose (Speculative Drama), Learn To Be Latina (Milagro), Homomentum: The Musical (Pants Off Productions), and The Black Lizard (Imago).

Jamie M Rea – First Player/Player King/Clown:
A renaissance woman of the theatre, Jamie has been exploring this powerful tool for connection and change for over 20 years. She serves as an award-winning Director, Actor, Designer, and Producer, a connoisseur of hats, she could never be satisfied with just one. Because connecting to our shared humanity through self expression is one of the primary strengths of theatre, it is a very fertile ground for the exploration of identities. Favorite gender identity project explorations include Jack in The Importance of Being Earnest (Artists Repertory Theatre), Macbeth in The Tragedy of Macbeth (Shaking the Tree Theatre), and The Alto (all the male roles) in the original musical review The Flip Side. Jamie hopes this experiment serves as a joyful platform for lively personal explorations of the range of possibilities of gender identities and expressions in each of our lives.

Joseph Lymous – Osricke/Francisco/Priest:
New Orleans born but Brooklyn based, Joseph Lymous is a Black, queer, performer and producer. He is the owner of Jomiray Productions, a digital media company which creates comedic joyful content developed for the web and tv. He is currently shopping his puppet/animation/stop motion series, ‘friend’ with Evan Shapiro and can be seen in season two of “Awkwafina is Nora from Queens” on Comedy Central.

Through Theatre Authority, Inc. for their cooperation in permitting the Artists to appear on this program.