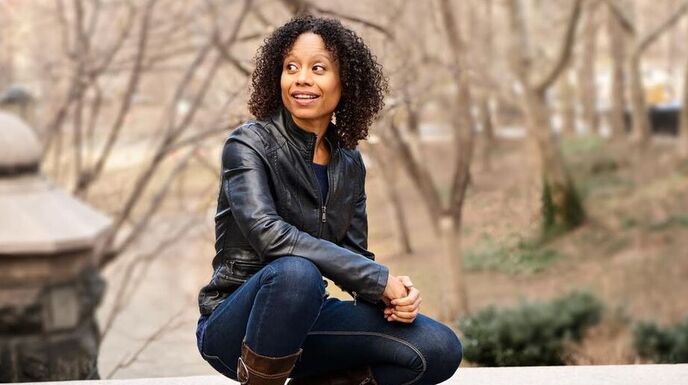 Production Description:
​A bi-monthly play reading series that benefits a different charity each month. In this series, a different New York actor is selected bi-monthly to be “the Player,” and that actor chooses everything: the play, the role, the ensemble, and the charity.​

All proceeds go towards the Player's charity of choice. Suggested donation for entry is $15.
​Additional donations for the Black Girl Freedom Fund can be contributed at https://1billion4blackgirls.org/ 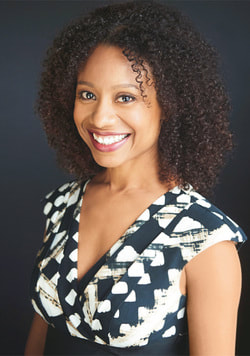 *Denotes a member of Actors' Equity.

​
About Nehassaiu:
Nehassaiu (she/ her/ hers) is a multi-hyphenate actor, poet and educator who embraces work ‘Downtown,’ Off-B’way, regionally and internationally, including Soho Rep, Stratford Festival and more. Favorites include “Esther” Intimate Apparel, “Prudence” The Convert, “Angie” Is God Is, “Lady Capulet” (twice,) “Cynthia” SWEAT (also twice!), and the triple-threat of “Nell Gwynne, Lady Davenant and Maria” in Or,. She volunteers at the 52nd St Project, has twice served as featured performer for The UN Trust Fund to End Violence Against Women, and feels lucky to be seen (virtually)––– South Africa, Spain and elsewhere––– in Taheim Bryan's indie-feature, Equal Standard, co-produced by Ice-T. Shortlisted for the 2020 Montreal Poetry Prize, Nehassaiu has a published book-length collection, Music for Exile (Tupelo Press,) and is currently developing a devised exegesis of the mixed-race Caribbean identity of the world-famous love poet, Elizabeth Barrett Browning. Brooklyn, ancestral land of the Munsee-Lenape, is home. More at nehassaiu.com.

​About The Black Girl Freedom Fund:
​As Black women, and Femmes activists, artists, educators, organizers, and philanthropists, we have come together because we believe that by investing $1 Billion in Black girls and young women over the next decade, we can make the biggest change possible. The Black Girl Freedom Fund will support work that advances the well being of Black girls and their families, including work that centers and advances the power of Black girls through organizing, asset mapping, capacity-building, legal advocacy, and narrative work that seeks to shift structural violence enacted against Black girls.
This includes efforts like the Black Girls Dream Fund, a 10-year fundraising initiative launched by the Southern Black Girls and Women’s Consortium (SBGWC) to raise $100 million to financially empower the goals of Southern Black girls and women in the United States. The Black Girl Freedom Fund is an initiative of Grantmakers for Girls of Color (G4GC). G4GC is a fiscally-sponsored project of Rockefeller Philanthropy Advisors.
DONATE TO THE BLACK GIRL FREEDOM FUND
Cast & Creative Team Bios:

Cloteal Horne - The Nurse/Chorus:
CLOTEAL L. HORNE is a dynamic actress, educator, and theatre-maker. Her credits include, Off-Broadway: The Steadfast (Slant Theatre Project); Dirty Blood (Billie Holiday). Regionally: Shakespeare& Co., New York Theater Workshop, Trinity Rep., LyricStage, Weston Playhouse, BarnStormers, CompanyOne, New Repertory Theatre, Actor Shakespeare Company, Huntington Theatre, Film: The Light (B.K.Lui.Horne), The Promotion (C1 Media), Driving While Black Magic. She holds a B.F.A in Acting from BU and a M.F.A in Acting from Brown University/Trinity. Gratefully standing on the shoulders of those that have come before her, Cloteal is a product of her grandmother’s prayers + her ancestors’ wildest dream.  www.cloteallhorne.com.

Sheldon Brown - Tutor/The Messenger:
Sheldon Brown is a graduate of Emerson College. His previous credits include This Bitter Earth and Time Is on Our Side at About Face Theatre, A Wonder in My Soul at Victory Gardens Theatre. Oedipus Rex and Man in The Ring by Pulitzer Prize playwright Michael Cristofer at Court Theatre and more. He also has numerous credits in Boston including The Grand Inquisitor, directed by Peter Brook through ArtsEmerson. His film credits include Cicada (NewFest Audience Award/Honorable Mention, OutFest, BFI Film Fest, Framline Film Festival), The Canyonlands, and My Name is Alex.

Hope Ward - Chorus:
Hope Ward is a recent graduate of Columbia University’s MFA acting program and a member of Actors Equity Association. She has most recently performed regionally with Baltimore Center Stage’s mobile unit in Antigone as “Antigone,” Off-Broadway in Intar Theater’s “Bundle of Sticks”, and on Amazon Prime Video in “Love My Roomie.” Hope defines herself as an actor and artist emphasizing the synonymic role of black feminism and universal humanity.

Marvin Bell - Creon:
Marvin Bell (actor, comedian, writer,) has spent more than three decades as a professional stand-up comedian and in 2012, made his first professional theater appearance in Paul Rudnick’s “REGRETS ONLY”. Since then, he has appeared multiple times in Alfred Uhry’s “DRIVING MISS DAISY” at Flat Rock Playhouse, Playhouse on Park and Bristol River Theater, in August Wilson’s “FENCES”, “PIANO LESSON” and “TWO TRAINS RUNNING” at various locations, and in the Julian Wiles’ original “SEAT OF JUSTICE” at Charleston Stage. Marvin is currently preparing to offer his talent to Wilson’s “HOW I LEARNED WHAT I LEARNED” having dedicated the long COVID pause to learning the full text by heart.

Erick Pinnick - Jason:
Erick Pinnick was most recently seen in the National Tour of Summer: The Donna Summer Musical. Previously he played “Montague” in Romeo and Juliet and “Professor Willard” in Our Town at the Alabama Shakespeare Festival. Other past roles include “Eugene” in Yellowman, “Henry Brown” in Race, “Curtis” in Dreamgirls, and “Valentin” in Kiss of the Spiderwoman. For the past few seasons, he has been the Denver Center’s “Ghost of Christmas Present” in A Christmas Carol. Other theaters include Roundabout Theatre Company, Trinity Rep, Centerstage, Actors Theatre of Louisville, Papermill Playhouse, Florida Studio Theatre, and The Paramount Theater at Madison Square Garden. For more info go to www.erickpinnick.com.

Charls Hall - Aegeus:
Charls Sedgwick Hall is based in Chicago. Acting credits include performances in As You Like It, The Tempest, The Color Purple, The Escape Artist’s Children, Follow, The Little Foxes, Much Ado About Nothing, A Midsummer Night’s Dream, Arms and the Man, The Complete Works of William Shakespeare (Abridged) Revised, Love’s Labours Lost, Mother Courage and Her Children, Faith and The Good Thing. Charls is a graduate of New York University’s School of the Performing Arts, a Movement and Shakespeare Text instructor, and a faculty member at Shakespeare and Company.

Peter Andersen - Director:
Peter Andersen is a director whose work interrogates, adapts, and reimagines classical plays with Queer and POC artists.  He is currently pursuing his MFA in directing at Carnegie Mellon.  He is also a graduate of Emerson College where he obtained his BFA in Acting.  Some directing projects include: Queer Shakespeare, 21, The Cafe Collections, O/A: The Sophocles Project, As You Like it, Macbeth, Measure for Measure.  He has also worked at TimeLine Theatre, Huntington Theatre Company, Oregon Shakespeare Festival, Yale Repertory Theatre, Writers Theatre, and American Players Theatre as an assistant director. As an actor he has performed professionally in Boston, The Berkshires, Chicago, and NYC.

Alexander Sovronsky - Composer:
Based in NYC, Alexander has made a career both as a composer/sound designer as well as an actor/musician on Broadway, Off-Broadway, regionally, and internationally. Career highlights include co-composer/performer in CYRANO DE BERGERAC (Broadway, starring Kevin Kline), composer for MOTHER OF THE MAID (The Public Theater, starring Glenn Close), and various other productions with The Public, TFANA, Red Bull Theatre, Atlantic Theatre Co, Shakespeare & Co., Barrington Stage, Actors Shakespeare Project, Berkshire Theatre Festival, Classical Theatre of Harlem, Hartford Stage, Arena Stage, Baltimore Center Stage, KC Rep, and many others. For a good time, check out www.AlexanderSovronsky.com.

Hope Rose Kelly - Stage Manager:
Based in the Berkshires of Massachusetts, Hope Rose has worked throughout the Northeast in addition to touring all over the country with Montana Repertory Theatre’s productions. Companies include: Shakespeare & Company, WAM Theatre, Hartford Stage Company, Long Wharf Theatre, McCarter Theatre, George Street Playhouse, Wilma Theatre, New Repertory Theatre, Hangar Theatre, and more. A member of Actors’ Association and also serves on the board of the Stage Managers’ Association as Editor-in-Chief, chair of the International Cohort, and Regional Rep for New England/Upstate NY.

Julia Yu - Rehearsal Assistant:
Julia Yu is a monastic resident at the Monastic Academy in Vermont, where she practices meditation and circling. Previously, Yu was a software engineer at Duolingo, in Pittsburgh, and was also a member of Steel City Improv Theater’s house team Mercy Ghosting. She graduated from Princeton in 2019; during her time there, she studied computer science and theater, was a member of the International Food Co-op, and founded Child’s Play Improv Comedy. She blogs at  juliayu.me , and is currently preparing to apply for an MFA in acting.